Importance Of Diet In Diabetes Control

Pack Your Lunch with Healthy and Diabetic Friendly Foods

Exercise and Diabetes: Don’t Let Your Pre-Diabetes Get Worse

Identifying Diabetes: A Guide for Patients 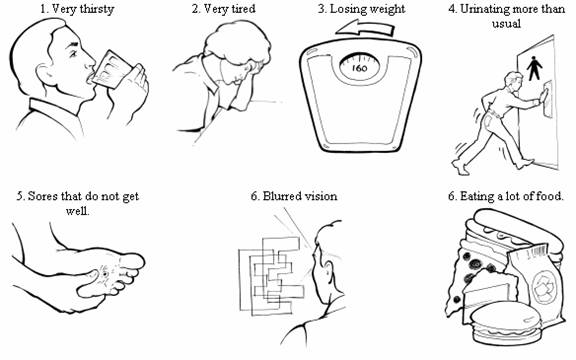 If you are worried that you may be diabetes; then you are not alone. Thousands of people world wide are diagnosed with the condition each year; for many people it does not effect there lifestyle much at all while for others it is more serious. The differentiation between how serious it is often, but not always, comes down to which type of diabetes you have. There is type 1 and type 2 diabetes, where type 1 diabetes suggests that a person is not capable of producing insulin at all, whilst a type 2 diabetes sufferer can produce insulin but in lesser amounts or they are incapable of properly absorbing it. Either way, diabetes type 1 or 2, is basically an insulin deficiency and needs to be treated. Although it does need to be treated, a type 2 diabetes sufferer can often years without being made aware however that is at the detriment of their health and well being.

The route cause of diabetes remains unknown, much to the annoyance of medical professionals and patients around the world. Despite a lack of break-through, that is not to say there is no hypothesis as to the likely cause. Because there are so many diabetes sufferers around the world, effectively profiling diabetes sufferers is something which has been tried and certain characteristics show up in some, but no all of people who have the disease. These include…

Although the route causes of diabetes remain unclear, one that is clear is the symptoms that one will experience should they have diabetes. If you notice that you are suffering more than a few of these conditions then the chances of having the condition are relatively high. It is also the case that most of these conditions are serious enough to require medical attention whether or not you have Type 1 or indeed Type 2 diabetes.

*Disclaimer: The results may vary from person to person, depending on age, sex, body weight and a lot of other factors.*